Download Gaza Writes Back 1 full books in PDF, epub, and Kindle. Read online free Gaza Writes Back 1 ebook anywhere anytime directly on your device. Fast Download speed and no annoying ads. We cannot guarantee that every ebooks is available! 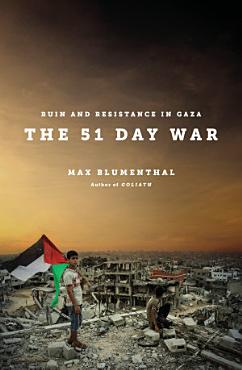 Best-selling author reports on Israel’s brutal assault on Gaza in July 2014 Beginning July 8, 2014, Israel launched air strikes and a ground invasion of Gaza that lasted fifty-one days, leaving over 2,000 people dead, the vast majority of whom were civilians. During the assault, at least 10,000 homes were destroyed and, according to the United Nations, nearly 300,000 Palestinians were displaced. Max Blumenthal was on the ground during what he argues was an entirely avoidable catastrophe. In this explosive work of reportage, Blumenthal reveals the harrowing conditions and cynical deceptions that led to the ruinous war. Here, for the first time, Blumenthal unearths and presents shocking evidence of atrocities he gathered in the rubble of Gaza. 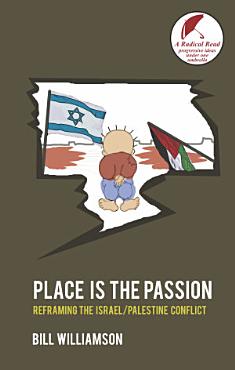 Place is The Passion

Israel relies for its survival on its lucrative arms trade and American military support. Meanwhile, the Palestinians suffer poverty and destitution as an occupied nation. Indeed, without vast international financial support the Palestinians would face starvation. Any solution is impossible while Israel pursues an aggressive program of settlement expansion and ethnic cleansing. The author draws extensively on Jewish sources to prove Israel is on the wrong track. He looks beyond the moribund two state solution, which he likens to Apartheid, to show there is a better future achievable for both peoples: one that is secular, democratic, bi-national, culturally vibrant and economically successful. 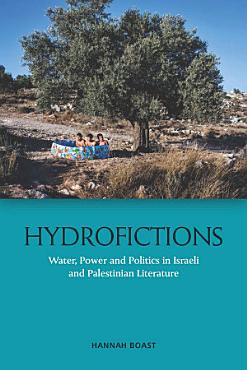 Water is a major global issue that will shape our future. Rarely, however, has water been the subject of literary critical attention. This book identifies water as a crucial new topic of literary and cultural analysis at a critical moment for the world's water resources, focusing on the urgent context of Israel/Palestine. It argues for the necessity of recognising water's vital importance in understanding contemporary Israeli and Palestinian literature, showing that water is as culturally significant as that much more obvious object of nationalist attention, the land. In doing so, it offers new insights into Israeli and Palestinian literature and politics, and into the role of culture in an age of environmental crisis. Hydrofictions shows that how we imagine water is inseparable from how we manage it. This book is urgent and necessary reading for students and scholars in Middle East Studies, postcolonial ecocriticism, the environmental humanities and anyone invested in the future of the world's water. 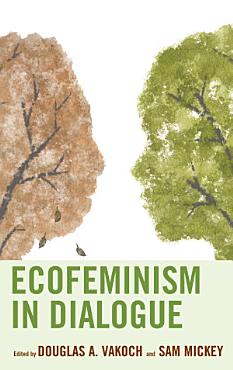 This anthology situates the cultural and literary theories of ecofeminism in an interdisciplinary and global dialogue. It brings ecofeminism into conversation with several areas of inquiry, including ecocriticism, postcolonialism, geography, environmental law, religion, geoengineering, systems thinking, family therapy, and environmental justice. 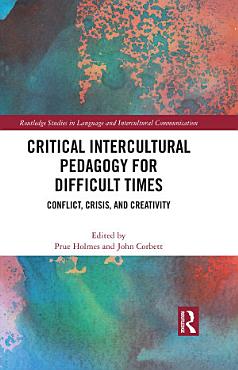 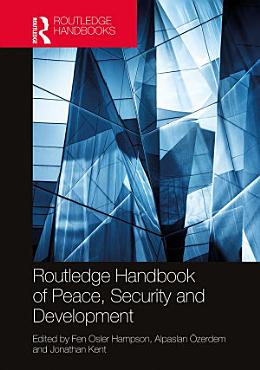 This Handbook offers a comprehensive examination of the peace, security, and development nexus from a global perspective, and investigates the interfaces of these issues in a context characterised by many new challenges. By bringing together more than 40 leading experts and commentators from across the world, the Handbook maps the various research agendas related to these three themes, taking stock of existing work and debates, while outlining areas for further engagement. In doing so, the chapters may serve as a primer for new researchers while also informing the wider scholarly community about the latest research trends and innovations. The volume is split into three thematic parts: Concepts and approaches New drivers of conflict, insecurity, and developmental challenges Actors, institutions, and processes. For ease of use and organisational consistency, each chapter provides readers with an overview of each research area, a review of the state of the literature, a summary of the major debates, and promising directions for future research. This Handbook will be of much interest to students of peace and conflict studies, development studies, security studies, and International Relations. 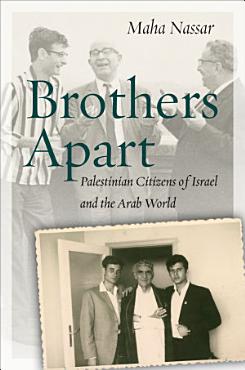 When the state of Israel was established in 1948, not all Palestinians became refugees: some stayed behind and were soon granted citizenship. Those who remained, however, were relegated to second-class status in this new country, controlled by a military regime that restricted their movement and political expression. For two decades, Palestinian citizens of Israel were cut off from friends and relatives on the other side of the Green Line, as well as from the broader Arab world. Yet they were not passive in the face of this profound isolation. Palestinian intellectuals, party organizers, and cultural producers in Israel turned to the written word. Through writers like Mahmoud Darwish and Samih al-Qasim, poetry, journalism, fiction, and nonfiction became sites of resistance and connection alike. With this book, Maha Nassar examines their well-known poetry and uncovers prose works that have, until now, been largely overlooked. The writings of Palestinians in Israel played a key role in fostering a shared national consciousness and would become a central means of alerting Arabs in the region to the conditions—and to the defiance—of these isolated Palestinians. Brothers Apart is the first book to reveal how Palestinian intellectuals forged transnational connections through written texts and engaged with contemporaneous decolonization movements throughout the Arab world, challenging both Israeli policies and their own cultural isolation. Maha Nassar reexamines these intellectuals as the subjects, not objects, of their own history and brings to life their perspectives on a fraught political environment. Her readings not only deprovincialize the Palestinians of Israel, but write them back into Palestinian, Arab, and global history. 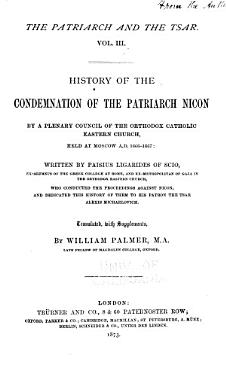 The Patriarch and the Tsar ... 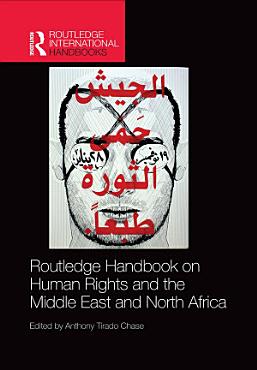 Recent events such as ‘Iran’s Green Revolution’ and the ‘Arab Uprisings’ have exploded notions that human rights are irrelevant to Middle Eastern and North African politics. Increasingly seen as a global concern, human rights are at the fulcrum of the region’s on-the-ground politics, transnational intellectual debates, and global political intersections. The Routledge Handbook on Human Rights and the Middle East and North Africa: emphasises the need to consider human rights in all their dimensions, rather than solely focusing on the political dimension, in order to understand the structural reasons behind the persistence of human rights violations; explores the various frameworks in which to consider human rights—conceptual, political and transnational/international; discusses issue areas subject to particularly intense debate—gender, religion, sexuality, transitions and accountability; contains contributions from perspectives that span from global theory to grassroots reflections, emphasising the need for academic work on human rights to seriously engage with the thoughts and practices of those working on the ground. A multidisciplinary approach from scholars with a wide range of expertise allows the book to capture the complex dynamics by which human rights have had, or could have, an impact on Middle Eastern and North African politics. This book will therefore be a key resource for students and scholars of Middle Eastern and North African politics and society, as well as anyone with a concern for Human Rights across the globe. 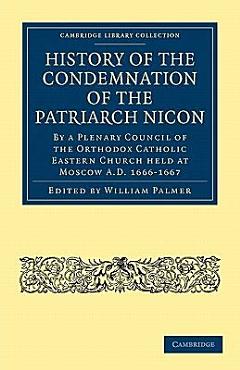 History of the Condemnation of the Patriarch Nicon

An 1873 translation of a polemical account of the conflict between Tsar Alexis and Patriarch Nicon in seventeenth-century Russia. 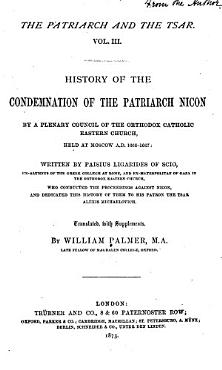 The Patriarch and the Tsar: History of the condemnation of the patiarch Nicon by a plenary council of the Orthodox Catholic Eastern Church, held in Moscow a.d. 1666-1667, written by Paisius Ligarides of Scio 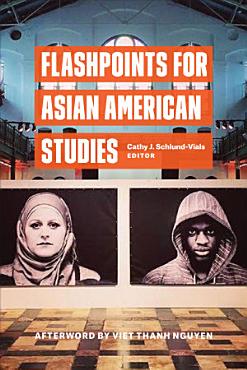 Emerging from mid-century social movements, Civil Rights Era formations, and anti-war protests, Asian American studies is now an established field of transnational inquiry, diasporic engagement, and rights activism. These histories and origin points analogously serve as initial moorings for Flashpoints for Asian American Studies, a collection that considers–almost fifty years after its student protest founding--the possibilities of and limitations inherent in Asian American studies as historically entrenched, politically embedded, and institutionally situated interdiscipline. Unequivocally, Flashpoints for Asian American Studies investigates the multivalent ways in which the field has at times and—more provocatively, has not—responded to various contemporary crises, particularly as they are manifest in prevailing racist, sexist, homophobic, and exclusionary politics at home, ever-expanding imperial and militarized practices abroad, and neoliberal practices in higher education. 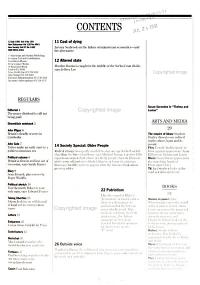 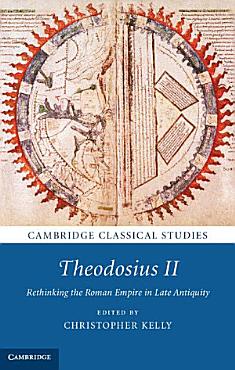 A fresh look at the vitality and integrity of the eastern Roman Empire under its longest reigning emperor. 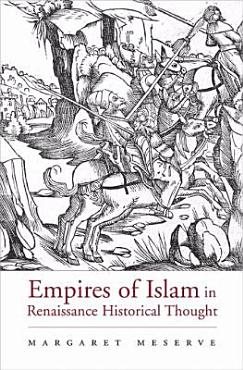 Drawing on political oratory, diplomatic correspondence, crusade propaganda, and historical treatises, Meserve shows how research into the origins of Islamic empires sprang from—and contributed to—contemporary debates over the threat of Islamic expansion in the Mediterranean. This groundbreaking book offers new insights into Renaissance humanist scholarship and long-standing European debates over the relationship between Christianity and Islam. 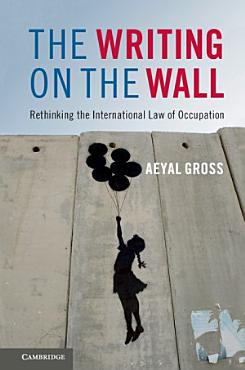 The Writing on the Wall

A critical analysis of Israel's control of the Occupied Palestinian Territory, advocating a normative and functional approach. 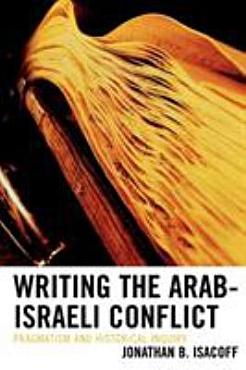 Presents the nature of historical knowledge by examining the multiple histories of the Arab-Israeli conflict written by Israeli scholars. This book also undertakes an analysis of literature, drawn from historians and political scientists of the Vietnam War, demonstrating that historical revisionism is not unique to the study of the Middle East.